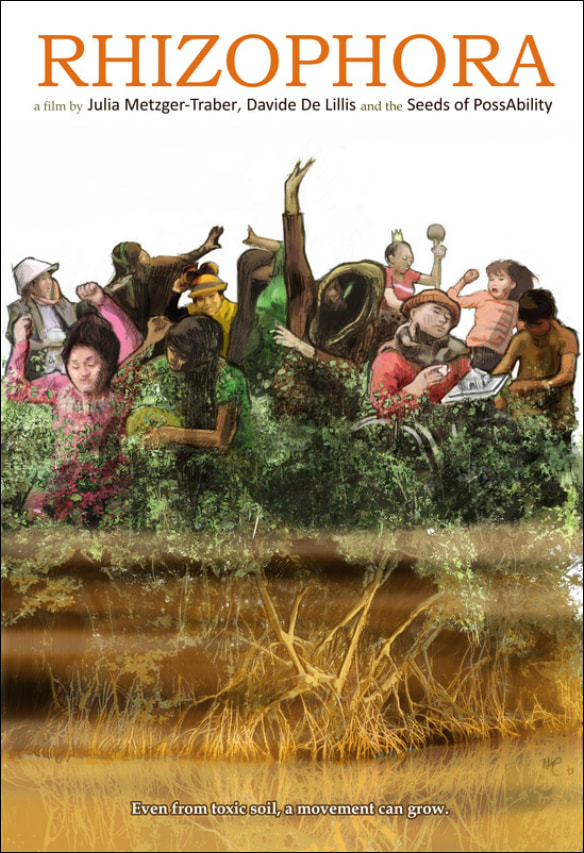 It has been forty years since the Vietnam War. Yet, its toxic remnants are not fading. In a place called The Friendship Village outside Hanoi, live one hundred young people with disabilities they inherited from their parents’ and grandparents’ exposure to Agent Orange in the 1960s. In this Video-poem eleven of the village’s residents lead us through the whimsical experience of a day in their lives. We are welcomed ever deeper into their richly symbiotic world as the day progresses.

The lines of realism and fantasy blur as they dance their way from dreaming to waking, find rhythm in their rice bowls, and celebrate their shared tea with a mad and colorful party. Each character’s unique personality and abilities glow with humor and vulnerability. As the real gradually gives way to the magical, they become more and more one with nature. Despite growing in toxic soil, like the ravaged mangrove trees of the coastal regions, interwoven roots make them strong, and thus breathtaking beauty is able to grow and reveal itself. Captured through the lens of a playful and intimate hand held camera, resilience shines through the limitations of the protagonists’ moving bodies. The visual journey is accompanied by a visceral and dynamic original score, which brings the world around the characters to life. The acoustic landscape is so engaged with the visual that it becomes unclear whether the movements are singing with voices and cello or the notes are dancing through the characters’ bodies.

“Rhizophora” was conceived of and realized in a collaborative process between the Seeds of PossAbility, the featured group of residents, and the Berlin based performing arts duo ¿Che.Ne.So?. It is both an attempt to raise awareness about the continuing devastation of the Vietnam War as well as an ode to the power of life, which can flourish in even the most toxic of circumstances.

Between 1962 and 1971, the US Airforce sprayed nearly 20,000,000 U.S. gallons of the herbicide Agent Orange over the jungles and fields of Vietnam, stripping the forests naked to reveal the human targets. Between 3 and 4 million Vietnamese have suffered severe health effects caused by genetic mutation from the chemicals in Agent Orange. The mutated DNA is passed down from generation to generation. The war ended 40 years ago, but Agent Orange lives on in people’s bodies and in the earth. No one knows how long it will take to dissolve if it is not cleaned up. So, something must be done.
Powered by